This time we covered most of the known parts but we rode it in a later time of the year. It was 26.10.2013. just before noon when we started pedaling. The day was not promising, scattered clouds on horizon, nice temperature in the valley but we all knew it will be much colder in the mountain.
When we arrived and started preparing bikes a guy came and offered us a drink. Politely we refused with a promise to have one after we finish the route. Start was at mountain hut Careva kuća following the gravel road towards hut Alan via Veliki Lubenovac vale. Short stop there and heading to Alan. Some 20min later we reached clouds which made some fascinating scenes and required new layer of clothes! Hut Alan was modestly populated by few mountaineers trying to get a good weather. Few drinks there, some food and back on track. This is the first time we tried Premužić path (which is by the way forbidden for bikes) but only for 1km. We covered this part last winter on foot and had to come back with bikes. Beautiful landscape with clouds making some unreal scenery (check it in the photo album). Back to gravel road heading to Štirovača. Just before Štirovača we tried new path which was fun as the surface was wet and slippery. From Štirovača to Careva kuća we took local road. Back to starting point and the same guy was there offering us again with drinks so we had one, then another one, than stayed for barbecue, another one, another few drinks … You know how it goes. This place is a paradise, no GSM signal so no distraction. A local guy was celebrating 50th birthday with his friends for 3 days, 10-15 of them, but with 150 kg of meet and unlimited litres of booze. 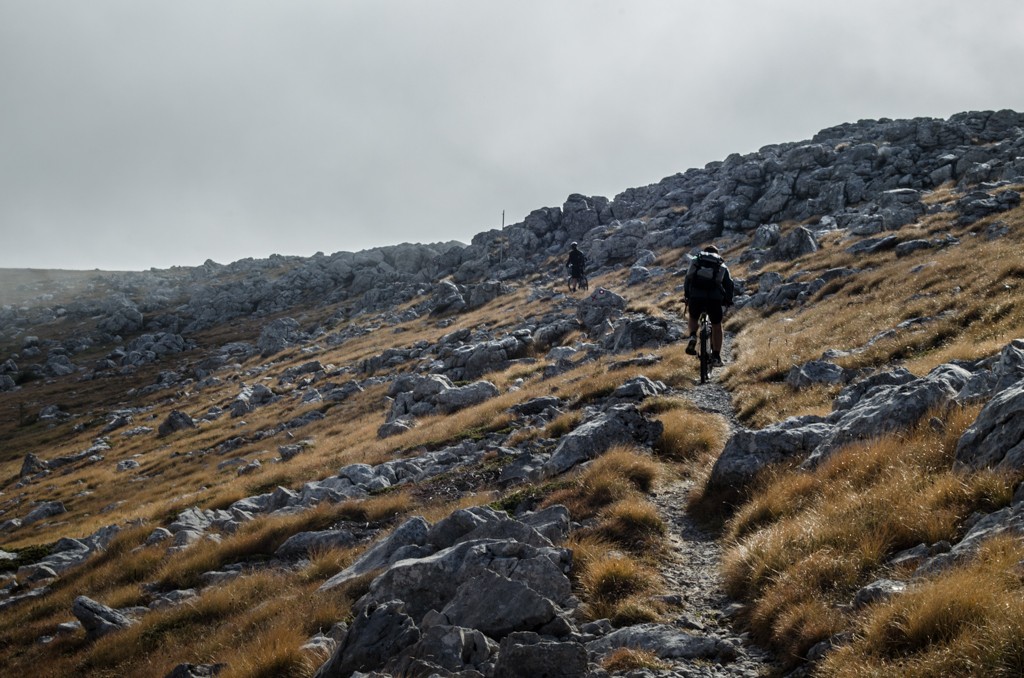